Marc Mortimer one of the SILC members who passed away in November 2015 from aggressive cancer. He returned to California to be with his mother, two sisters and others for about the last two months of his life. His family decided to honor his advocacy efforts and supported the first “Marc Mortimer” award given to a self advocate in Hawaii who makes a difference in their own life and the lives of people with disabilities in Hawaii.

The purpose of the Award for Self-Advocacy is to:

The self advocate nominated should:

In March of this year a committee was formed to present nominations. After nominations were brought forward to the committee. Charlotte Townsend who is a lifelong advocate was selected to received the first “Marc Mortimer award” at the Pacific Rim Conference held at the Hawaii Convention Center in Honolulu on Tuesday April, 26, 2016 at the conference luncheon.

Charlotte Townsend was born and raised in Honolulu, the youngest of eight children. She’s a graduate of St. Andrew’s Priory. She attended college on the mainland receiving her Bachelor’s Degree in Geological Sciences from Whittier College. She completed her graduate studies in General and Special Education and Rehabilitation Counseling.

Her passion is about removing physical and attitudinal barriers that devalue or limit people with disabilities from accessing social, recreational, and employment opportunities.

She has worked with local, state and federal government entities for more than twenty-three years at the State Disability and Communication Access Board. She has advocated for civil rights legislation for persons with disabilities and has served on numerous not for profit boards.

Charlotte is currently the Vice President of Paratransit Services for the City and County of Honolulu on Oahu. She continues to strive to promote full inclusion for persons with disabilities in all aspects of community living.

When Charlotte and I were chatting about the award after she received the advocacy award she said it is a “honor to receive an advocacy award.” “Advocacy is one of the things in my life that I am very proud of.”

It was an honor to be one of the committee members that unanimously chose Charlotte a life long advocate who has made a difference for people with disabilities in Hawaii.

IN MARC’s WORDS
“On being an advocate: Speaking on behalf of myself and other individuals who have developmental and / or intellectual disabilities. To uphold the rights and needs of others who may or may not be able to verbally communicate what is important to them. I’m passionate about the Disability Rights Movement- teaching people with IDD the skills needed to successfully advocate and become active agents of change.

I want to be an advocate and leader. My dream is to continue my work as an advocate. I want to be an example for others so they could live a good quality life regardless of their disability. I want to demonstrate to people following me that they can live independently in their own apartment, choose their own friends. I also want to demonstrate if people choose to be self-employed, even with cerebral palsy I can be independently employed and have a blog and interact with people and have people socializer with me over the net and talk to people about how people can help others with disability. I want to help people be solution finders so they can address the problems they are in.” 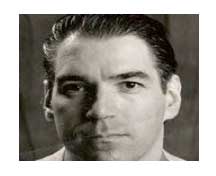 Marc Antoine Mortimer
Tuesday, April 23, 1957 – Wednesday, November 25, 2015
On behalf of the SILC it was an honor to watch Marc blossom as an advocate over the past several years.
“Aloha Marc”